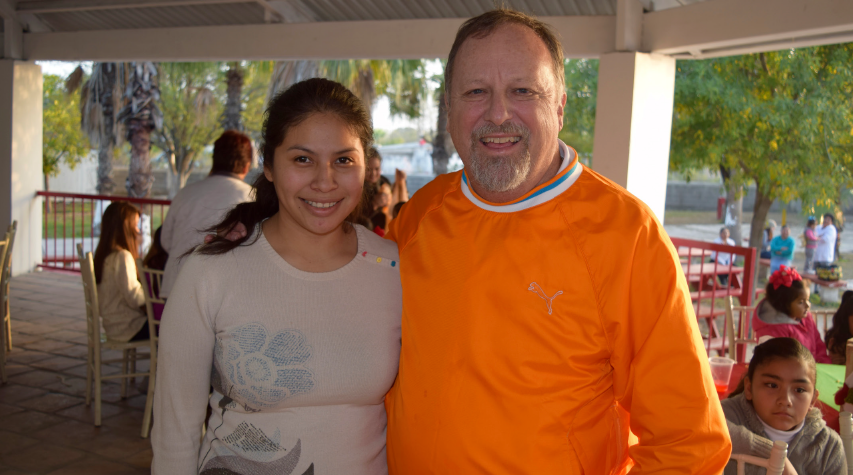 Breaking the Vicious Cycle of Poverty

During our 50th Anniversary, we want to reshare some of the success stories of the past. There’s hardly any story better than the story of Mariela Mendoza. And things just keep getting better with Mariela’s life. She is now the principal for our elementary school in Piedras Negras, and she also is married to Edwin Garay who ministers to youth in our sponsorship program. Here’s what I wrote several years ago. –Milt

Mariela Lara Mendoza is 25 years old and has been teaching at our school in Piedras Negras, Mexico for four years. Mariela arrived at the facility that houses our CRF work when she was six months old. Her mother was only 14 and simply couldn’t take care of her. Mariela’s grandmother didn’t know what to do—so she brought her to this ministry called Vida Nueva (New Life). And now she has spent basically her entire life there.

Mariela enjoys going to church, singing, and learning about Jesus. On May 12, 2002 she became a Christian and began a journey she describes as “walking hand-in-hand with Jesus.” She serves in church with the worship team, Sunday school, and nursery. Mariela is the first one in her family to ever finish grade school. Now she has been able to reach her dreams and become a schoolteacher. And she teaches at our school—the very school she attended. She thinks future generations of her family will be changed for the better because she is the first person ever in the family to become educated and to know Jesus.

“If I hadn’t arrived here, I feel like my life would be completely different—probably a single mother, jobless and struggling to make ends meet” Mariella says. “I know that God’s plans are perfect, and I am very grateful that ministries like this one exist because they have become a great blessing to people like me.”

Along with the other CRF staff in Piedras Negras, Mariela hopes that more mission teams, donations and sponsorships will come there. People became afraid to go there in the past. Now that it is much safer, many people have forgotten to come and help.

Part of the great mission of CRF is to reverse the poverty cycle. Don’t you want to do this too? Probably all of us are looking for solutions. But it could be true that we complicate what we already know to be true. The cycle is turned around when we help a child.

“My name is Mariela and thanks to good people like you I have been able to break the vicious cycle of poverty.”

Out of the Dustbin