This is a post from CRF President Milton Jones who is in Kenya this week. 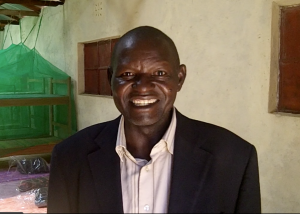 Mzee. That’s the word that was said. It was uttered in whispers all around the room. I’ve heard it before. I’ve even been called one myself. But I have never heard it said like it was in this context. It was so full of awe and reverence—and maybe wonder.

Mzee literally means old man. But to our minds that may not be a term of endearment. A closer word to most of us would be elder. But maybe that’s not quite it either. Maybe we would want to say it means “the wise one.”

I’m known for telling stories. I tell the story of Emmanuel Nmunyu probably more than any other story. I tell it wherever they will let me. And if not, I will try to sneak it in anyway.

When I first met him, he was a man who had walked two days to ask me for help. He told me that he was a retired teacher living on a small pension. He told me that he had a small farm in the middle of a famine. He told me that he had 126 AIDS orphans living with him on the farm. It was all true. When I didn’t help him, he simply came over to me, put his hands on my shoulders and prayed for my needs. Then I found out that his name was Emmanuel. I felt like I had just jumped into Matthew 25—you know the one about as you help the least of these you help Jesus. It was like I had just said no to Jesus.

My encounter with Emmanuel wouldn’t leave me. It kind of haunted me. I started telling his story. Pretty soon the people who heard the story were feeding his kids. It was not long before his children started getting sponsored. Emmanuel left no child behind, so the numbers of children on his farm just kept growing. Now there are 485 sponsored orphans on Emmanuel’s farm.

Recently Emmanuel got thyroid cancer. They couldn’t seem to help him in Nairobi. As a result, we sent him to India to get surgery. The cancer was worse than expected. It had spread to his lungs. They did as much as they could do and put him on some therapy. He was in the hospital for weeks. To be honest, I didn’t think I would ever see him alive again.

Yesterday, I came to Emmanuel’s farm. The children put on an assembly of songs, poems, and dancing for all of us who were visiting. And in the middle of it all, Emmanuel walked in. None of the children had seen him since his trip to India. I certainly hadn’t seen him or expected to see him at the assembly. And then he just walked in with his big smile and addressed all of us with words of peace and thanks.

Yes, everyone just kind of said Mzee when he walked in. The Wise One had returned. At that moment it seemed like everything was ok. It was easy to make parallels. I don’t want to glorify the wrong Emmanuel. But it was such a taste and foreshadowing of the real deal. It was like getting a tiny glimpse of what it will be like when The Wise One returns.